Interview with Angela Zhang, chinese law expert and author of the book "Chinese Antitrust Exceptionalism", to understand the rise of China’s antitrust policy. A new tactic in the tech war with the US and part of a new China strategy with the EU?

Interview with Angela Zhang, Chinese law expert and author of the book “Chinese Antitrust Exceptionalism”, to understand the rise of China’s antitrust policy. A new tactic in the tech war with the US and part of a new China strategy with the EU? In addition, new cybersecurity and data protection rules are on the way to regulate Chinese tech companies.

Key4biz. TikTok Tok, Alibaba, Tencent, Meituan, Didi and the other Chinese web giants used to be praised by Beijing as proud ambassadors of China’s economic diplomacy and representations of the country’s technological achievements. Their success until today was alimented by deregulation. How do you explain the sudden use of antitrust policy as well as regulation on data protection and cybersecurity (the most important tactic of the tech war and not immediately understood by the rest of the world) against China’s homegrown tech jewels?

Angela Zhang. You raised a very important question. I don’t think that China is that much different from what Europe or the United States are doing, because these regulatory actions against the tech companies are actually long overdue. China used to adopt a very lax approach in regulating its tech sector and that has facilitated the exponential growth of the Chinese tech giants, but at the same time has also given rise to a lot of problems and antitrust has been one of them, as well as cybersecurity issues and data regulation issues. So, I see the government action is just a response to address all these urgent regulatory concerns.

Key4biz. In your book, you write that China has turned antitrust law into a powerful economic weapon, which is now used in the Sino-US tech war. Why do you interpret the “Chinese antitrust exceptionalism” in this way?

Angela Zhang. I wrote this in the context of the China-US tech war. The United States is increasing its scrutiny over Chinese tech companies and is in the process of sanctioning and banning supplies to some of the most prominent Chinese companies like Huawei and ZTE. In response, China wants to retaliate against this American aggression and identified antitrust as a very useful tool to achieve its regulatory objectives, as a powerful tit-for-tat against the US. An important thing to notice is that antitrust, similar to those US sanctions, does allow the Chinese government to exert extra territorial control over foreign business practices; this is the so-called long-arm jurisdiction that China can also exert on US companies, whether they are making mergers, acquisitions or doing business overseas; as long as these business practices have a sufficiently large impact in the Chinese market, the Chinese government can interfere with these business practices. This is one way that China can use to retaliate against the US’ long-arm jurisdiction over Chinese tech companies.

Key4biz. Does the Chinese government want to enhance, in the eyes of Europe and the US in particular, “the rule of law” and put an end to deregulation?

Angela Zhang. You can see that China is changing its regulatory model from a very lax one to a more harsh and restricted one. There are many factors driving these changes, but you’re absolutely right that the Chinese government is trying to set up rules and boundaries for the Chinese tech companies to work with. And given the outside influence in the people’s lives in China.

Key4biz. With the new and aggressive antitrust, data policy and cybersecurity compliance, does Beijing want to reiterate that the Communist Party commands the anarchist digital economy in China?

Angela Zhang. It depends on how you phrase it. Regulators in both Europe and the US are also trying to limit the influence of the big tech, so fundamentally I don’t see that what the Chinese government is doing is different from the other jurisdictions. But because of the rising concentrations and the influence in the Chinese economy and social life, the government do want to increase control and scrutiny over the activities of these tech giants.

Key4biz. Is the increased use of government regulation also made to defend Chinese users data from access requests by the US authorities (as required by the Cloud Act and section 702 of the FISA – Foreign Intelligence Surveillance Act)? Can we then argue that in doing so China defends its technological assets and its digital sovereignty?

Angela Zhang. A lot of countries, including European ones, are talking about cyber sovereignty and China has also a similar concept. In the instance of China, I do think that the government do play a very important emphasis on protecting personal data, especially when it comes to cross-border data transfer issues. We also need to bear in mind that this heightened scrutiny of data transfer occurs in the context of rising American antagonism towards China, as foreign regulators increase oversight on Chinese companies, including, as you mentioned, pressuring Chinese companies to turn over more data. I see this as part of a regulatory interdependency phenomenon which I document in my book. How China is regulated has an impact on how China regulates.

Key4biz. Why has data security been elevated to a national security priority in China? Can we say data security has now become a cornerstone for Chinese tech companies and China’s digital economy?

Angela Zhang. We need to distinguish among different kinds of data. In China, data protection law classifies data in different categories according to their importance and priority. For certain large Chinese online platforms, because of their pervasive influence and success, they do control huge amounts of personal data. A prominent example is Didi, the ride hailing company that just went listed in the US. They don’t only control hundreds of millions of users’ data, but they also control some of the geographical information about China, and that seems to amount to potential concern about national security if ever the data leaks out. We need to do a case-by-case analysis when we assess when the data of a particular company could become a matter of national security. For very large platforms they might need to pay closer attention to this problem.

Key4biz. In your opinion, which tech company will be the next victim of the Chinese regulations?

Angela Zhang. Every big Chinese tech giant could be susceptible to antitrust risk, but at the same time it also depends on how these firms adapt and comply with the regulations; if they do behave and quickly adapt to the regulatory demand, then they will be unlikely to be targeted in the next antitrust investigation. This is a very dynamic process, which does not just involve the regulator, but also depends on the response from the firm.

Key4biz. In your book, you talk about a clear interdependence between how China regulates and how China is regulated. Is Beijing going to soon compete with Washington and Brussels in setting the rules for global businesses? Can we hope for a future regulatory alignment between the three?

Angela Zhang. The first question is whether Beijing is going to compete with the US and the EU in setting global standards for businesses. At this point, I see this is quite unlikely. In her new book The Brussels Effect, Columbia Law professor Anu Bradford argues that the EU is setting up the regulatory standards which are emulated by many different jurisdictions. I see the China model to be unlikely to be adopted by other countries, because of the Chinese unique institutional setting, because of the power imbalances between the government and businesses. In China, the government is very powerful and is a dominant player in the whole regulatory process, whereas in the US you see that businesses have more of an equal footing vis-à-vis the government, because they fiercely defend themselves in confronting the government and the US judiciary plays a very important role in constraining agencies’ actions as well. So I do not see that the Chinese regulatory model is going to be replicated very easily in other jurisdictions, particularly in Western democracies. As of whether we can be hopeful for future regulatory alignment between the three, in my book I did end with a hopeful note; while China can hold hostage foreign companies using its antitrust law or other regulatory control, foreign governments can similarly hold hostage Chinese companies; and we have already seen that in the past few years. Both the EU and US have tightened their control over Chinese tech companies. The fact that the two sides can exchange hostage is actually a good thing, because this exchange can facilitate cooperation between the two sides and make peace more likely.

Thanks to Claudia Vernotti, director – China Eu, for the collaboration.

Read the interview in the Italian version 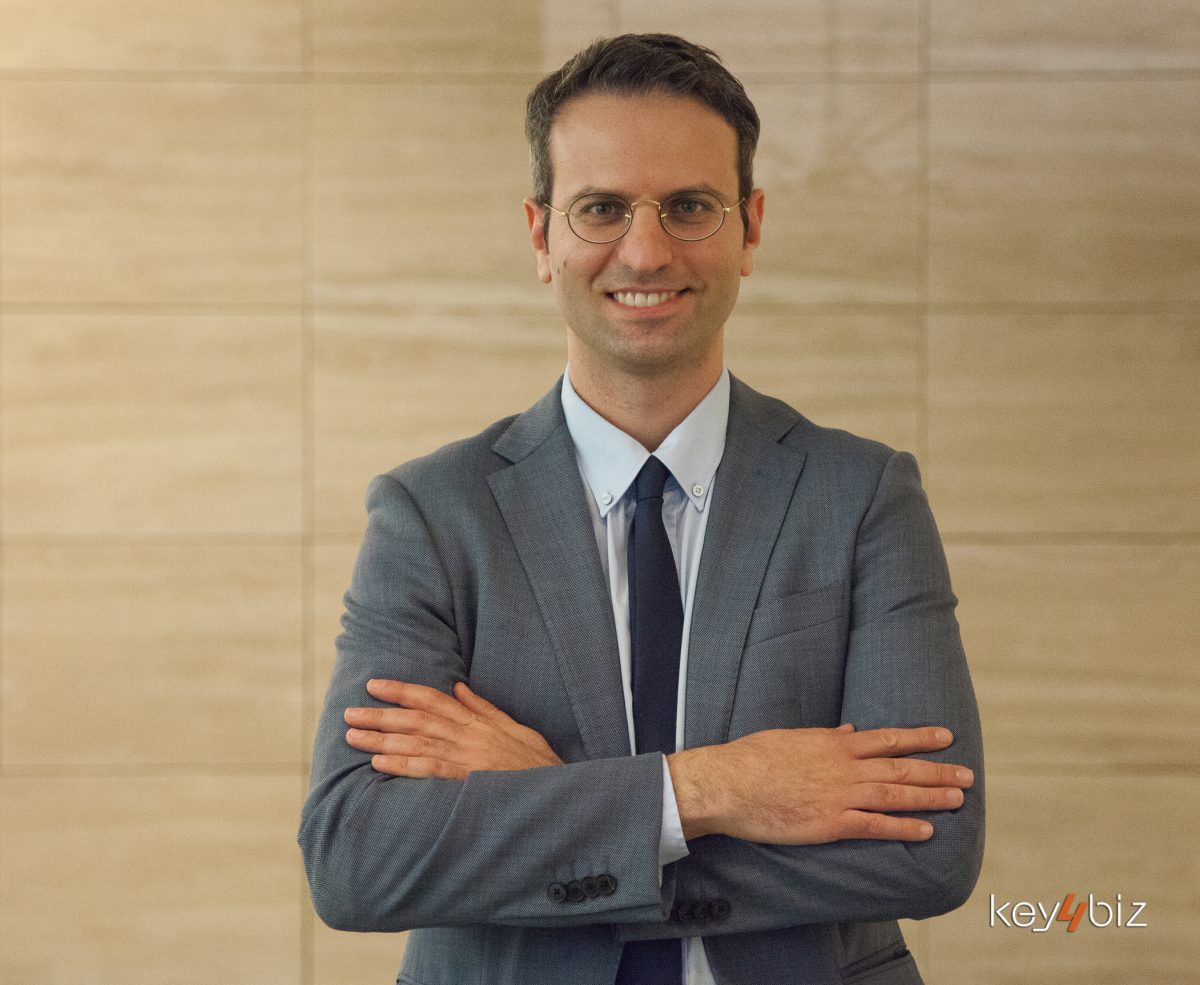