Cloud computing as a strategic tool to boost territorial economy. This was the topic of discussion at Brussels in Regions4Cloud, a Round table with three Eu countries.

In Europe there are 20 million SMEs. Cloud Computing offers several advantages especially for this productive ecosystem: cost reduction, possibility of focusing upon the core business and an efficiency increase. The potentialities are tempting: Cloud in the EMEA region could generate about  2 million places of work by 2015.

Not only. With Cloud it is possible to control public administration costs because it saves on IT investment and makes the use of “consumer” computing possible by online modalities.

These are all key considerations that surfaced during European Regions for Growth – The opportunity of cloud computing, held at  Bruxelles at the Headquarters of the Permanent Representation in Europe of the Tyrol Regions – Alto Adige/Sudtirolo – Trentino. The workshop, coordinated by Microsoft in collaboration with the Committee of Regions EU, was a great moment of comparison at an international level and a step forward in the prosecution of objectives of Microsoft’s Regions4Cloud project which has the finality of an engagement plan for the main EU regions, starting from Italy, Spain and Portugal.

During the evening at Brussels, representatives of local autonomies, municipalities and regions of the three Countries took the word, as well as representatives of European Institutions (Commission, Council, Parliament and Committee of Regions) to discuss best practices of cloud computing, advantages and main policy issues and the removal of legal and administrative barriers.

The Round table was coordinated by Mercedes Bresso, President of the EU Committee of Regions (COR EU) and John Vassallo, Microsoft VP & AGC, Head of the Brussels Office;  Vittorino Rodaro, Director of the Representation of the Autonomous Province of Trento at the European Union opened the seminar, and also Gianni Pittella, Vice-president of the European Parliament participated with a video message. Joan Prat i Coll, from the Catalonia Region, Vladimiro Feliz, Vice Mayor of Porto, Ernesto Somma, Italian Government Director of PORE (EU projects coordinator), Josè Pascual Marco Martinez, Deputy Permanent Representative of Spain to European Union and Diego Canga-Fano, Head of Cabinet of the VP European Commission, Antonio Tajani took part in the debate

The President, Mercedes Bresso, who coordinated workshop activities chairing the meeting of the Committee of Regions dedicated to the future of cohesion politics, stressed that COR “is very attentive towards the topic of innovation because it is a global issue, a problem requiring a European answer and that should be dealt with by the regions“.

How to be competitive once again in Europe? The President asked.  “Cloud computing optimizes resources, renders IT infrastructure management more flexible and grants the possibility of having a technological platform in order to work together and cooperate in a better way within our territories and among regions“. Therefore it favours the “reduction of fixed investments and increases our possibility of investing in people, knowledge, training and all activities indispensable for a better use of fixed investments. I am always convinced that PAs should progressively transform service procurement  into fixed investments; this would allow  continuity, to change the way we rapport to economy. Investments in innovation and research are a way of building-up the future“.

Upon concluding his intervention, the President of COR gave way to more “programmatic” reflections; Cloud is an opportunity, he reasserted, however it is necessary to face the issue of “sensitive data management and service continuity, network reliability and applicable legal regimes if we want to work in a cross-border environment” together.

The President of COR also explicitly referred to the necessity of updating Procurement legislation to Cloud Computing and that the updating of the Code of Public Contracts takes Cloud Computing into consideration. “We need new laws, we need procurement procedures that do not only aim at the lowest price, it is opportune to solve this problem at a National and European level“. Furthermore it is indispensable “to consider a new type of investment; an investment can be intangible, an investment is everything that constitutes a job opportunity“.

In conclusion, Mercedes Bresso expressed the desire that the Digital Society becomes a reality. “If we want to transform our regions then we need a powerful and fast broadband; if we do not allow investment flexibility in Europe we will remain delayed by balance sheet restrictions that involve all the three countries we belong to“. Cloud is “an important challenge for our territories to be attempted and accepted. I retain Microsoft  useful in helping us to pin-point problems and the way of facing them“.

Innovation for Italy and Europe, in this particular historical and economical period, is the only possibility of growth. All participants stressed the same idea. Vittorino Rodaro, after having briefly spoken about the experience of his Province and Region, mentioning some best practices of the so-called ‘Trentino model’, stressed the necessity of research, announcing that his province will host and involve 300 researchers.

Vice President Gianni Pittella has invited politics to choose digital solutions, to favour growth and in this way to come out from such a serious crisis. “Let’s project ourselves beyond the barrier, let’s go for digital“, he concluded.

For John Vassallo, who opened his intervention by explaining the project motivations and Microsoft’s role in favoring the dialogue between Regions at a European level, says that Cloud represents the “third IT revolution”, an innovation that will bring about a cost reduction of 70-80%. “Industry is concentrating upon this – Vassallo stressed – while Governments less. Provinces, cities, towns and regions will benefit considerably when they pass to Cloud”.

A consolidated example? Comes from the experience of Catalonia in Spain, as Joan Prat i Coll pointed at: “Thanks to cloud we are modernizing the Public Administration. Microsoft Innovation Centre trains more than 1500 workers in Spanish companies, providing consultancy to those wishing to innovate and to increase productivity and competitiveness achieving also high savings. Furthermore, Cloud helps us to work and cooperate together”. Moreover, according to Prat i Coll, the debate in the evening in Brussels came just at the right time “When we are planning Europe of 2012-2024”.

Another best practice comes from Porto, as the vice-mayor Vladimiro Feliz, told us “Together with Microsoft we looked for cloud solutions that could allow us to cut costs and improve the quantity of municipality projects, especially in the education world. More than 70 thousand people are involved among professionals, students and parents. Apart from the migration of local sites to Cloud, we have operated 10 thousand mail-boxes for students thus improving interaction”. Felix said that trusting less in hardware can liberate resources for other services but above all “we have improved the relationship between parents and teachers”.

Why should a Public Administration adopt Cloud? According to Ernesto Somma, Cloud allows – Public Administration to align the technological frontier of private citizens and to transform the fixed investments into variable costs. “Historically, in the Public Administration, especially Italian, this has never been envisaged in a positive way, one tends to associate – a negative value to the current costs because it does not create durable development”. But there are reasons for adopting Cloud”. Human resources are liberated to provide always better quality services. Also because types of services are made available that otherwise would be inaccessible, e.g. interactive mobile services”.  In conclusion Cloud “can generate great positive effects upon SMEs, with more advantages exactly for Italy, Spain and Portugal“.

Somma spoke about the opportunity to think about the revision of Procurement legislation that work for public administration at local level: “I’m not sure that the Italian system of Public Procurement is designed in such a way as to be able to efficiently manage the procurement of this type of service; the same scalability must grant the possibility of access without having to resort to a new competition each time risking the fragmentation of the tender, which is, moreover, penally relevant“.

According to Josè Pascual Marco Martinez services today must be efficient and less costly, but is is also necessary to give citizens more power.

“Cloud is not merely a technology, it is also a management system that implicates economical as well as political aspects. Therefore we must assess all the elements involved as it is a complex argument“.

For Paolo Casalino, of the Representation of the Puglia Region at the European Union, intervening by conveying greetings from the President Nichi Vendola, it is necessary to search for synergies to channel the pool of European resources of the regions in the optimum of research investments and Cloud. Casalino explained to the International audience that Puglia is aiming at four elements: SMEs, opening to European Regions, employment and PA innovation.

In conclusion Diego Canga-Fano highlighted how cloud contributes in changing our way of working. It is extremely significant that Cloud brings major benefits to the productive framework where most SMEs are concentrated. “It is the SMEs –  Canga-Fano continued – that create places of work which we need today. We are preparing a document about cloud computing that will be ready by the summer. Meanwhile I would like to congratulate the organizers of this workshop because I think it is important to discuss this argument“. 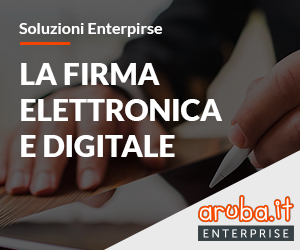