Home
»
Bibliotech
»
Modeling the liability of internet service providers: Google vs- Vivi Down 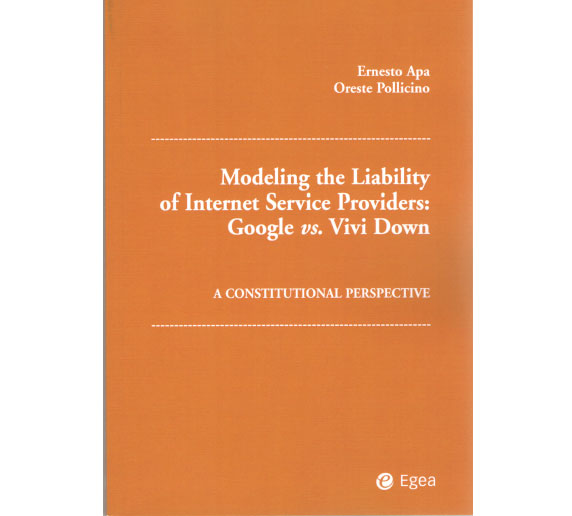 Why consider a case that occurred in 2006 as an emblematic expression of the always more challenging constitutional earthquakes in the even more changeable digital environment? A reasonable question, and surely it would be not entirely convincing to answer that, because of the pathological length of the judicial proceedings in Italy, Google Vivi Down is definitely not settled yet.

The answer would appear more convincing by asserting that the idea behind this book is not retrospective but forward-looking in nature. More precisely, the Google Vivi Down saga is “only” a perfect starting point to elaborate on the increasingly more complex relationship between the rapid changes in the technological scenario at the heart of the digital dimension, on one hand, and the much less dynamic relevant legislative framework, on the other hand. It is an emblematic case study of the issues related to the balance between the fundamental rights inherent in Internet use, and of the hard choices that the courts must make when the margins of the game move from “the atoms to the bits“.

Ernesto Apa, joined Portolano Cavallo in 2003 and became a partner in 2010. He assists clients in the telecommunications, media and technology sectors on regulatory and contractual issues. His areas of expertise include television regulation, advertising, exploitation of audiovisual content, copyright, internet privacy issues and gaming. Ernesto lectures in film and television production management at the LUISS Guido Carli University’s master’s degree course, as well as on IT theory and technology at La Sapienza University in Rome (…).

Oreste Pollicino, has worked with the firm in an of-counsel role since November 2010. Is an associate professor at Bocconi University in Milan, where he tutors in public law (since 2003), information and internet law (since 2003) and constitutional adjudication from a comparative perspective (since 2008). Already one of Italy’s most authoritative commentators on media and the Internet, Oreste regularly speaks at national and international seminars (…).